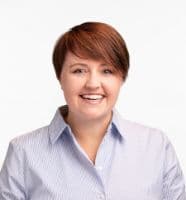 As a Principal Engineering Geologist at PSM, Felicia Weir has 12 years’ experience in her field. In 2006, Felicia completed her PhD in Geomorphology before joining PSM. She completed her Postgraduate Certificate in Geotechnical Engineering in 2010 at the University of New South Wales (UNSW).

Felicia’s primary areas of practice include engineering geology, 3D geotechnical models and stability assessments for open cut mining. She has worked on numerous major mining projects across Australia, Asia and Africa, including several large and technically-challenging projects, such as Olympic Dam open pit expansion, Ok Tedi mine operations, and design in geothermal conditions at Lihir Gold Mine

Felicia has in an interest in short-life operations as well as large-scale pits in complex risk settings. She has a particular talent for developing accurate ground models and appropriate slope designs. As Acting Geotechnical Superintendent at Ok Tedi mine, she gained a deepened appreciation of operational challenges facing mines. Other particular areas of interest include interpretation of borehole imaging and discrete fracture network modelling for use in both open pit mining and tunnel design.

Felicia lectures in aspects of engineering geology at UNSW School of Civil Engineering. She is also actively involved in international technical conferences including Slope Stability 2018, and presenting at the Instrumentation and Slope Monitoring workshop through the Australian Centre of Geomechanics.

Felicia specialises in geological and geotechnical studies for open pit mines and large civil projects. Her fields of special competence include:

JOIN OUR TEAM OF EXPERTS IN GEOTECHNICAL ENGINEERING AND GEOLOGY. ENQUIRE TODAY!