The Orebody 25 open-pit mine is a small iron-ore pit that forms part of a series of deposits known as the Orebodies situated 10 km of the town of Newman. The site is at the junction of three major fault systems, the Whaleback, Fortescue River and Homestead faults. Archean bedrock sequences have been tightly folded into an overturned synclinal fold. Thick clays, minor conglomerates and calcrete, all inferred to be Cenozoic age detrital units, unconformably overly the bedrock and comprise the southern hanging wall of the final wall cutback.

PSM was engaged to interpret the nature and origin of geotechnical rock and soil mass units in the detritus above the bedrock and to model their distribution.

Located near the Ophthalmia Dam, the mine is continually recharged with groundwater. There is strong calcrete overprint of detritals with significant seepage along calcrete margins.

Working closely with BHP Billiton Iron Ore, PSM developed a sound knowledge of Cenozoic detritals which form portions of final walls with increasing frequency across their deposits.  PSM contributed their expertise in Pilbara detrital and bedrock geochemistry to develop a model that characterised the unit origins and distribution. Subsequent excavation of the cutback proved the model accurate. 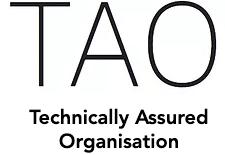